by Hugh Young
The second anniversary of a historic court ruling against male genital cutting has been commemorated where it happened.

A crowd gathered outside the Cologne district courthouse to mark two years since the court ruled that infant circumcision was contrary to Germany's Grundgesetz (Basic Law). 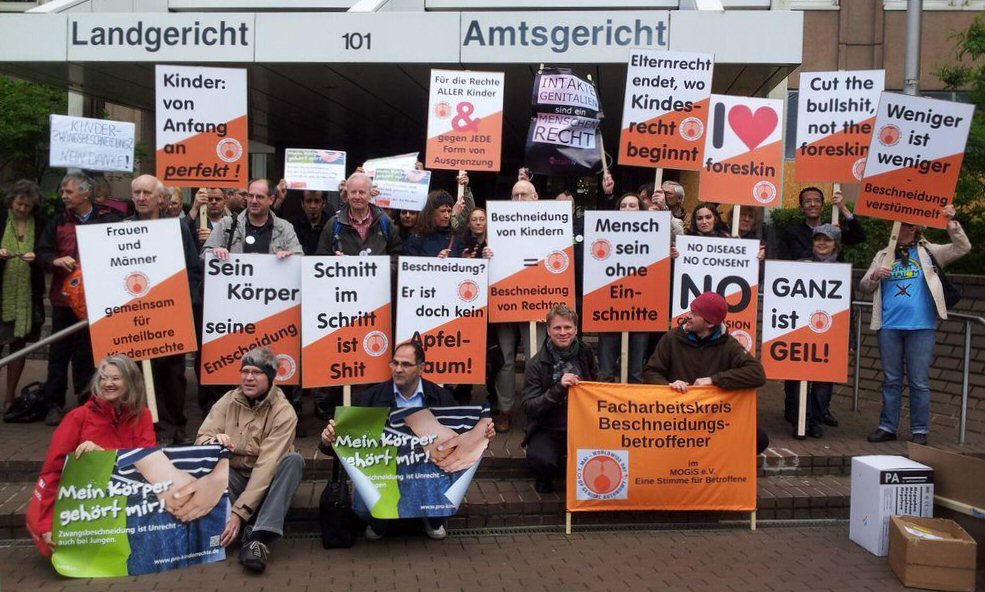 This followed the botched circumcision of a four-year-old boy of Muslim parents, putting him in hospital for ten days, and requiring corrective surgery under general anaesthetic.

The Grundgesetz was put in place in Western Germany in 1949, and later the whole country, at the same time as the Universal Declaration of Human Rights. Both were written in reaction to the horrors of the Nazi regime, such as the evil medical experiments on children by Dr Josef Mengele.

Under pressure from religious interests, the ruling was overthrown by a law whose constitutionality is still to be tested.

At the gathering, messages from genital autonomy organisations were read outside the courthouse, before the crowd of about 50 people marched to Cologne Cathedral for more speeches. Visitors came from France, Switzerland, Austria and Panama. The mood of everyone there was described as "good humoured". A similar event was taking place simultanously in London.

Organisers plan to repeat the event annually.
Posted by Anonymous at 12:42 AM