The four remaining charges relate to indecent images of children ranging from level one to level five in severity discovered at Quaintance's home in 2011.

Much of the day was taken up with an argument about what could be included in charges of possessing indecent images. A statement by Quaintance claimed that pictures concerning circumcision on his computers were medical or health-related, and not indecent.

Soon after Quaintance was first charged in April 2012, the Gilgal logo was removed from the leaflets available from Professor Morris's website. A page of "circumcision humor" including a poem by "Vernon Quantance" remained until the middle of 2013. A link to a list of "possible circumcisers in Australia and New Zealand" carrying a Gilgal Society logo has been removed since July 3, leaving a "404: file not found" message. 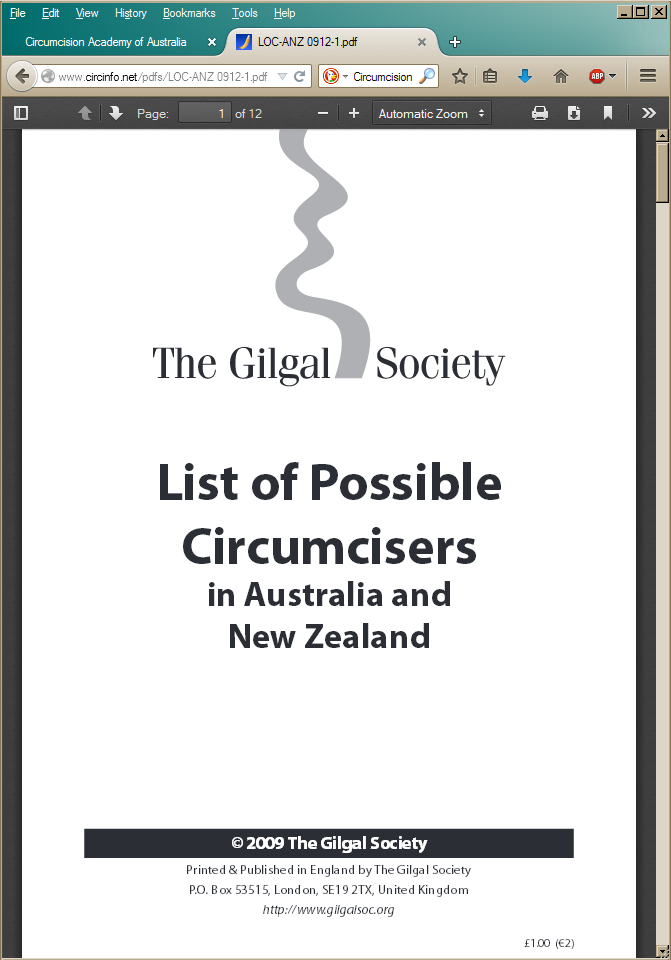 Click for larger
Earlier story
Posted by Anonymous at 6:16 PM