Pediatrician Paul Fleiss, who pleaded guilty in 1995 to conspiring to hide profits made by his daughter, convicted "Hollywood madam" Heidi Fleiss, died Saturday morning at his home in Los Angeles, said his cousin, Joel Fleiss. Paul Fleiss was 80.

The cause of death was unclear. Paul Fleiss' son, Jesse, heard him having trouble breathing while still in bed, Joel Fleiss said. A call was made to 911 and paramedics pronounced Fleiss dead at the scene.
Fleiss, who was known for having a gentle bedside manner and devoted patients, was still practicing medicine. He was the rare doctor who made house calls, and although he was pediatrician to children of several Hollywood celebrities, he also took on patients whose families could not afford to pay him. 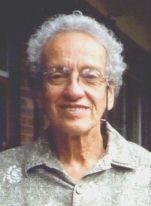 Dr Paul Fleiss
(at the 6th International Symposium on Genital Integrity
in Sydney, Australia in 2000)
[Despite being Jewish, Dr Fleiss was a strong opponent of infant circumcision. With others he wrote articles for medical journals debunking medical claims, and a book, "What Your Doctor May Not Tell You About Circumcision"]

Hundreds of supporters crowded into the courtroom for his sentencing in 1995 for the crime that prosecutors said involved Fleiss signing the mortgage on a luxury home his daughter used as a headquarters for her call-girl ring. "I never intended to cheat or lie or steal," Fleiss said outside the courtroom. "I only wanted to help my daughter."

He ... was sentenced to three years' probation, 625 hours of community service and a fine of $50,000.
Paul Fleiss was born Sept. 8, 1933, in Detroit. He trained as a pharmacist and osteopath, moving to Los Angeles after a law was passed in California in the early 1960s allowing an osteopath to convert to an M.D. degree. He took his residency in pediatrics at Los Angeles County-USC Medical Center.

In addition to Fleiss' daughter Heidi and son Jesse, he is survived by daughters Amy, Shana and Kim. His son Jason died in a drowning accident.