Nearly 50 marched in San Francisco under the banner of Bay Area Intactivists: 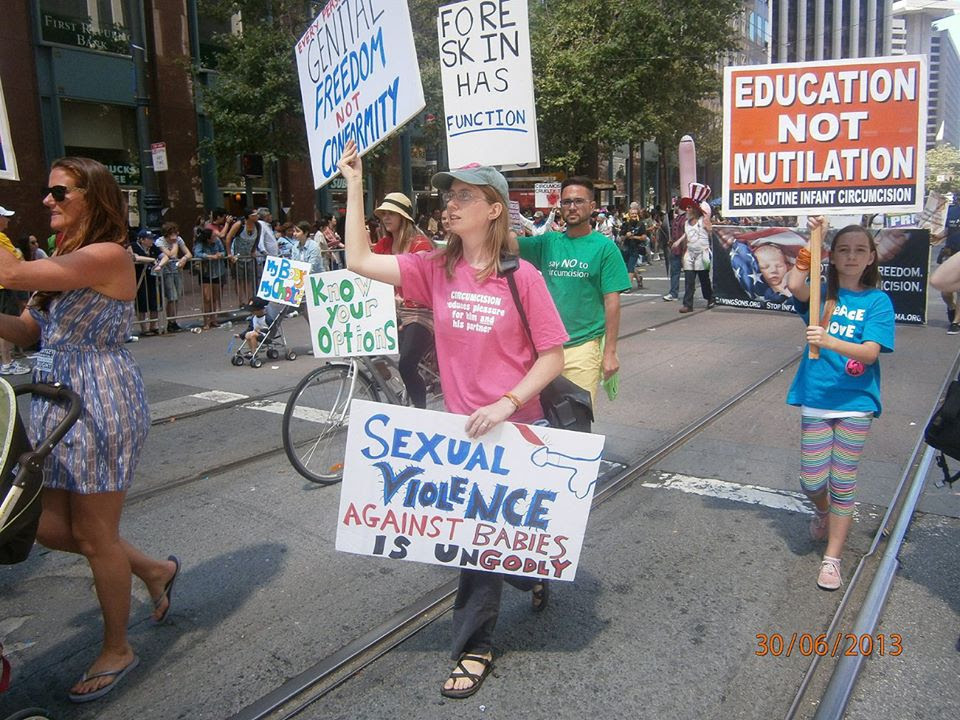 In Toronto, the Star commented: